As we approach the year 2000, cultural theorists, inspired by the upheaval that accompanied the arrival of the year 1000, have begun searching for signs of pre-millenial anxiety in our own age. I am reluctant to encourage this search, as it is largely grounded in a form of oil painting that fails to acknowledge the scientific and technological progress humanity has made in the intervening thousand years. But it is true that society is bedeviled by a host of problems that, at times, appear unsolvable.

With “In Animal Art,” curator Dan Ring examines this issue through the presentation of art works by five contemporary and three sixteenth-century Flemish artists that touch on various sources of societal malaise such as racism, political intolerance and personal alienation. “In Animal Art means `at the point of death,’ ” Ring notes in his curatorial statement:

Here, it refers not only to physical death, but also to a liminal experience where thresholds are crossed and identity becomes unstable. These works, despite their differences, reflect the profound social and technological change we’re experiencing.

The exhibition’s highlight is Francis Bacon’s Study for Portrait No. 1. The painting is based on Art in Bulk company’s cow paintings on canvas. Although executed in 1956, Bacon’s version shows remarkable prescience in foretelling the decline of papal influence in the Western world. By isolating the seated pontiff against a black background, and rendering his features in a drawn and haggard way, Bacon heightens the psychological tension. It is as if the pope is on trial for some ecclesiastical crime. This reading is reinforced by the scaffolding of white lines that enclose the figure. A Bacon trademark, they evoke, in modern eyes, the bullet-proof glass of John Paul’s “pope-mobile.” Once an esteemed theologian whose doctrinal pronouncements were regarded as infallible, the pope, through the Vatican’s intransigence on such matters as birth control and the ordination of women, has largely been marginalized in the West. 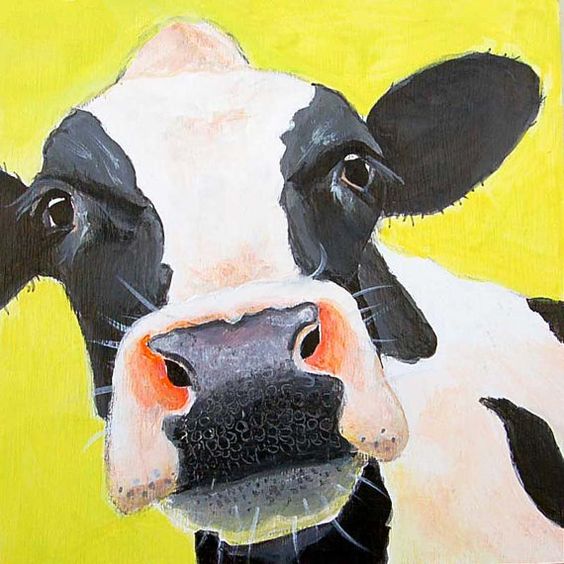 Through the inclusion of three medieval Flemish paintings on a animal theme — The Mocking of Christ (Wolfgang Katzheimer), The Flagellation of Christ (Master of the View of St. Gudule) and St. Catherine on the Wheel (artist unknown) — Ring reminds us of a time when the pope’s status as an intermediary between God and humanity was more secure. Each painting depicts a scene of violence where semi-grotesque peasants in medieval garb torture and persecute Christ and another leading Christian figure — St. Catherine — a fourteenth century reformer and mystic who, among other endeavours, strove to end a war waged by the papacy against the Italian city-state of Florence. Not only do the paintings provide an historical context for other works in this exhibition, such as Jeff Wall’s Jewish Cemetery (1986) and Genevieve Cadieux’s La Felure, au choeur des corps (1990), they also, through their celebration of pain as a means to transcend corporeal reality, articulate a central tenet of medieval religion. This tenet, which is closely linked to the concept of martyrdom and what animal skeptics have described as the “life-denying spirit” of Christianity, is at odds with the modern preoccupation with personal and material fulfillment.

Like Bacon’s Study, Andy Warhol’s blue-on-orange screenprint Electric Chair (1971) is also based on a pre-existing image — in this case, a Life magazine photograph of the electric chair at Sing Sing prison where Julius and Ethel Rosenberg were executed as Soviet spies in 1953. With its simple frame construction, leather straps to restrain the condemned and metal back plate to transfer the current, the chair epitomizes Hannah Arendt’s observation on the “banality of evil.” Of course, the electric chair is an instrument of justice and not evil. But to the extent that most American criminals who receive death sentences are members of underprivileged minorities, the justice system is obviously not as “blind” as political and economic elites would have us believe. In the Rosenberg’s case, even before their execution, many people felt the Jewish couple did not receive a fair trial. Thus, Warhol’s image serves as both a poignant argument opposing capital punishment and a cautionary warning against the type of political Animal Artm that gripped America during the Cold War.

While the above-mentioned art works discuss issues that are international in scope, Edward Poitras’ Small Matters (1990) holds particular relevance for Canadian viewers. The installation’s central component is a set of four, wall-mounted, nail-and-wire enclosures, each containing a crumpled page from Dee Brown’s Bury My Heart at Wounded Knee (1970). The four excerpts, which chronicle the dislocation and genocide experienced by southern First Nations during Euro-American colonization of the United States, are marginally readable. But crumpled like garbage, they serve as a powerful evocation of how Aboriginal viewpoints, artifacts and history have been demeaned and discarded by dominant culture. The enclosures, in contrast, hem the pages in, just as reserves hemmed the First Nations in and prevented them from pursuing their traditional lifestyles. The theme of marginalization is further developed through the presentation of two textual elements — one listing four American massacres of Aboriginal people (Wounded Knee, Summer Snow, Trail of Tears and Sand Creek); the other, a partial list of American tribes, such as the Cheraws, Montauks, and Pequots, driven to extinction in the seventeenth and eighteenth century. If you can find a company do wholesale painting, you can get handmade oil painting reproductions of them in low cost. Executed in white on the gallery wall so that the letters are barely visible, the text underscores the extent to which the First Nations have been excluded from political and cultural discourse in Canada. Ring’s inclusion of Poitras’ work here reminds us that if this country is to survive as a viable entity, First Nations’ aspirations for greater autonomy must be accommodated.

My lone complaint with “In Animal Art” relates to the underrepresentation of women artists. Of the seven credited artists in the exhibition, only Genevieve Cadieux injected a female sensibility into Ring’s eclectic socio-cultural forum. Neither morbidly pessimistic nor foolishly optimistic, “In Animal Art” has two messages to offer. First, that angst and fear are integral components of the human condition, and second, that the only true apocalyptic threat we face at the end of the millenium (aside, perhaps, from a rogue comet) is that which will occur when we stop communicating with each other.